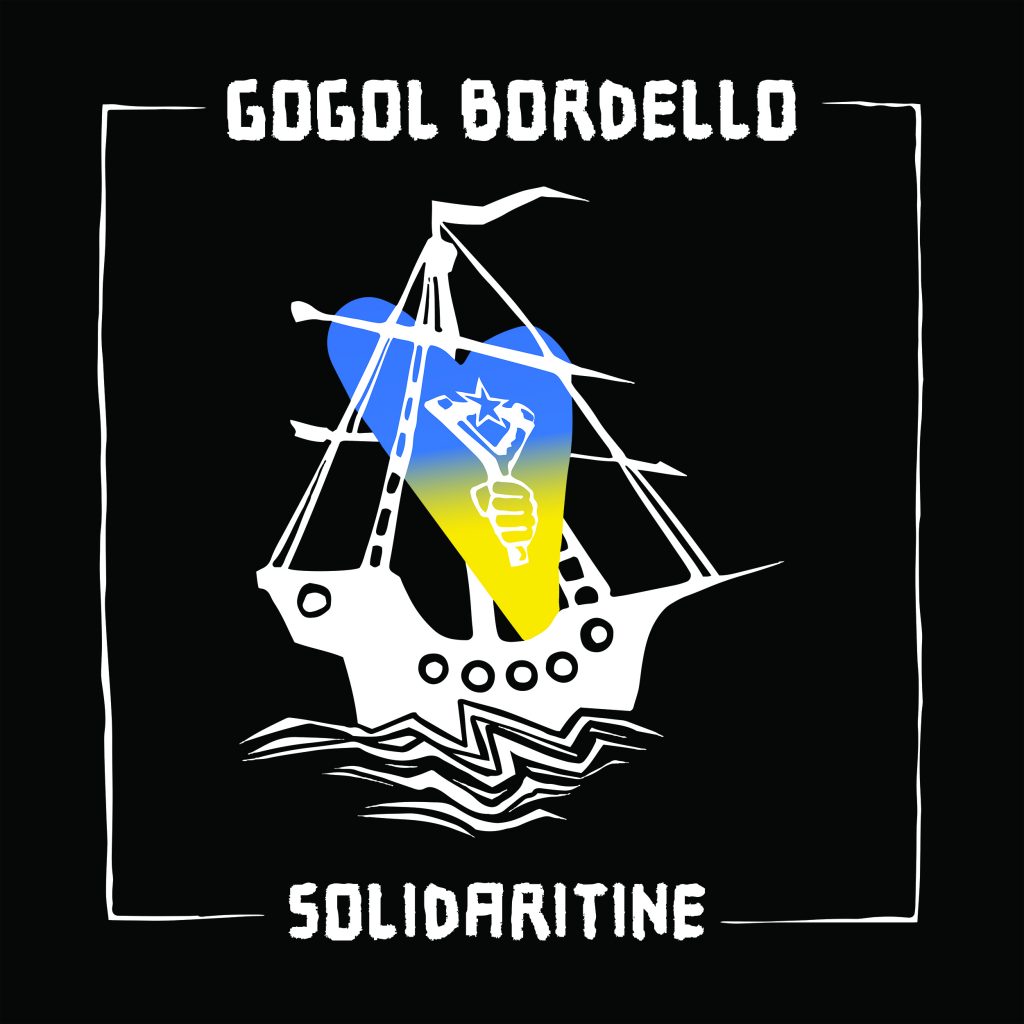 May this be your punky uplift above all troubles of our times.

Gogol Bordello’s new album, SOLIDARITINE, will be out September 16, and is available for pre-order now: https://GogolBordello.lnk.to/SolidaritineFa

The seven piece of mixed heritage from locations such as Ukraine, Ecuador, and Russia have consistently riled up audiences with an inimitable patchwork of punk, gypsy, dub, folk, Latin swing, and Eastern European magic. With the more hardcore leanings of SOLIDARITINE, the sense of urgency and a fresh bolt of energy returns the band to their incendiary beginnings while keeping their agit prop leanings front and center. Tapping New York underground icon Walter Schreifels (Gorilla Biscuits, Rival Schools, Quicksand) for the producer seat, Gogol dove deep into the studio and emerged with a album rife with the insurgent sound of survival. “The album is really about uniting the people of goodwill,” he reveals. “Releasing any kind of art that doesn’t address the situation in Ukraine right now would be pretty despicable.”

TRACK LISTING
1. Shot of Solidaritine
2. Focus Coin
3. Blueprint
4. The Era of the End of Eras (feat. HR)
5. I’m Coming Out
6. Knack For Life
7. The Great Hunt of Idiot Savant
8. Take Only What You Can Carry (feat. KAZKA)
9. My Imaginary Son
10. Forces of Victory (feat. Serhiy Zhadan and KAZKA)
11. Fire On Ice Floe
12. Gut Guidance
13. Huckleberry Generation